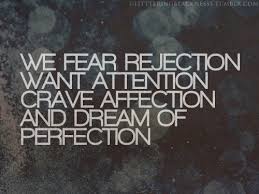 I don’t have a lot of skills, but I’ve become pretty damn good at accepting rejection letters from publishers, magazines and agents. Back in 2000, when I finished a draft of my first book, Tears of Mokpo (thank all mountain gods it never saw the light of day), I read everything I could get my hands on about the querying process. This included the Holy Grail of the business, Writer’s Market. I hit up people in Toronto, Vancouver, New York, Los Angeles, London and a hundred other places in between. The result? Complete and utter failure.

The first rejection letter sucked. (Yes, that’s how long ago it was. I actually received a piece of paper in the mail.) The second one wasn’t much better. By about Rejection No. 30 I stopped counting. I also stopped collecting the letters/emails. Instead, I began outfitting myself with rejection-proof armour. It’s an invisible suit and costs nothing. Unfortunately, a lot of people are too intimidated to try one on for size.

As many have learned over the centuries – often painfully – art is not an exact science. Nor is life. No matter how great we think we are, there will always be someone to tell us how so not great we are. If you imagine a world where people quit at the first (or hundredth) sign of failure/rejection, it would indeed be a sad, vapid place we live in.

Stories abound of inspirational men and women overcoming adversity, taking rejection by the horns, and saying, “I STILL BELIEVE IN MYSELF!” Click here to see some examples of real rejection letters to/from famous writers, musicians and filmmakers, and just try to imagine their industry without them.