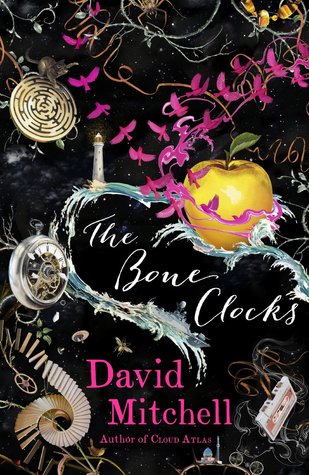 There are great writers. And then there is David Mitchell. To quote his American editor, David Ebershoff: “I remember David Mitchell’s first reading in New York almost fifteen years ago. There were maybe fifteen or twenty people in the audience but it was clear to all of us David was a talent unlike any we had ever encountered before. I have watched him go from unknown British import to cult-favorite to global phenomenon.”

On September 9, 2014, his latest literary effort, The Bone Clocks, will hit bookshelves.

At the turn of the last century, when David published his first novel, Ghostwritten, I came across it randomly on eBay one day while searching through a Murakami Haruki feed of all places! I bought the book on a whim and have never looked back.

I later had the distinct honour of getting to know David in his pre-Cloud Atlas jettison to world fame and spent time with he and his family at their home in Ireland. He is, unequivocally, the definition of class, humility and etiquette. He’s also a pretty cool guy to shoot the shit with about books. You know, ’cause he’s read a couple in his time.

As per the Random House site, this is what they have to say about Mitchell’s upcoming novel: “The Bone Clocks is a stunning epic that follows Holly Sykes, who runs away from her home in Southwest England in 1984 and 60 years later is raising her granddaughter on the coast of Ireland, as almost everything about her world has changed forever. In between Holly and the people who love her move between the Swiss alps in 1991, war-torn Baghdad in 2004, and New York a decade in the future, where she joins a band of vigilantes in a supernatural war between a predatory cult of immortal soul-stealers.  The novel is a monumental achievement that will thrill and entertain its readers while asking profound questions about mortality, legacy, and the future of the world.”

I couldn’t be happier for the acclaim he  has received. David is one of the few authors I’ve come across who genuinely deserves all the praise readers and critics alike heap on him.