On More Suffering and Creativity 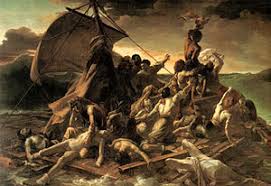 I’m not going to lie to  you. I don’t usually get a lot of visitors to my site, mostly because people complain about the food. The drinks aren’t very good either.

I’m working on it, people! Just give me a little time!

In any event, it would appear my post on Elizabeth Gilbert’s TED talk on “Your elusive creative genius” sparked a lively online conversation these past few days. This was crystalized by an old friend who contacted me out of the blue and wrote:

Did Elizabeth Gilbert ever confess that her creativity went down when her books became bestsellers? You see my point, right? Do not get hypnotized by the suffering-creativity nonsense. Pain is inevitable, but suffering is optional.

Ms. Gilbert asked a hypothetical  question near the beginning of her talk on behalf of non-artists everywhere who wonder why so many famous artists kill themselves: Must artistry lead to anguish?

I think this missed the more important point, which is that great creativity is sparked by an individual’s ability to revisit, draw on, and harness an excruciating memory of when they suffered greatly. It’s not that creating art necessarily leads to suffering. Rather, it fuels the fire which unlocks the invisible catalyst of creative genius.

Revisiting the past is difficult even for the strongest of us. If we don’t carry out this act from time to time, however, we not only neglect the chance for spiritual growth, but miss out on the opportunity to produce something glorious from it.

So why this time have I chosen Géricault’s epic Raft of Medusa painting at the top of this post? I’ve been very fortunate to see the painting in person and it had a visceral effect on me. Why, indeed, would someone paint what appears to be hell on earth for nothing more than viewers’ aesthetic pleasure? Maybe Géricault tried to imagine the suffering of those wretched French sailors. Then again, maybe he connected with their suffering on such a profound level that the feeling inspired him to create what is now ironically seen as a seminal work of French  Romanticism.