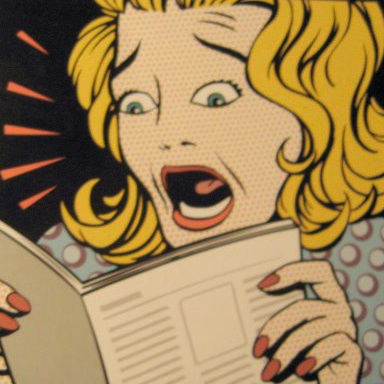 “Whenever you read a good book, it’s like the author is right there, in the room, talking to you, which is why I don’t like to read good books.”

Sometimes the day calls for an oldie but a goodie to kickstart things on the right note. If you grew up on a healthy dose of Saturday Night Live in the 1990s, then you’re definitely familiar with the name Jack Handey. Between ’91 and ’98, Phil Hartman would start off the relaxation video-like segment by declaring in that soothing voice of his, “And now, Deep Thoughts, by Jack Handey…” after which Mr. Handey himself would read one of his deep thoughts, which went beyond the satirical and outrageous, yet still managed to make people laugh so hard they’d be peeing from their eyes. Yeah, you thought it was rain!

So who was this Jack of all trades, Handey of none? Actually, he’s a real guy (still alive), and yes his name is in fact Jack Handey. If you want to see a complete list of these Deep Thoughts by Jack Handey, click here. Otherwise, here are a few more to contemplate on a deep, profound level.

“Children need encouragement.  So if a kid gets an answer right, tell him it was a lucky guess.  That way, he develops a good, lucky feeling.”

“One day one of my little nephews came up to me and asked me if the equator was a real line that went around the Earth, or just an imaginary one.  I had to laugh.  Laugh and laugh.  Because I didn’t know, and I thought that maybe by laughing he would forget what he asked me.”

“One thing kids like is to be tricked.  For instance, I was going to take my little nephew to Disneyland, but instead I drove him to an old burned-out warehouse.  “Oh, no,” I said, “Disneyland burned down.”  He cried and cried, but I think that deep down, he thought it was a pretty good joke.  I started to drive over to the real Disneyland, but it was getting pretty late.”

Finally, one last one that seems quite apropos because of what’s going on today throughout North America. (I still can’t believe this has led to McDonald’s pulling Ronald McDonald from their starting line up! )

“To me, clowns aren’t funny.  In fact, they’re kinda scary.  I’ve wondered where this started, and I think it goes back to the time I went to the circus and a clown killed my dad.”