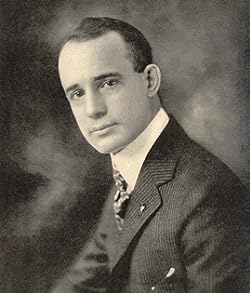 “Desire is the starting point of all achievement, not a hope, not a wish, but a keen pulsating desire which transcends everything.”

To be honest, before this morning I’d never heard of Napoleon Hill (1883–1970). Perhaps that’s because I’m a dullard and an ignoramus, or maybe it’s because I don’t read self-help books. Either way, apparently Mr. Hill was a big deal back in his day because Think and Grow Rich is still one of the top 10 best-selling self-help books of all time (and #1,305 on Amazon’s Best Seller Rank nearly 50  years after his death!).

I probably wouldn’t have heard of Napoleon Hill this morning if not for  Benjamin P. Hardy (@BenjaminPHardy) and his piece entitled “2 Quotes That Will Reshape Your Approach To Life.” Aside from being an interesting carpe diem-driven piece on, well, seizing the day, it also yielded today’s Quote of the Day and a belief I believe in with unbelievable passion.

In my current novel, The Redemption of Guilt, I try and flip on its head the age-old notion that guilt is an albatross and instead look at its redemptive power through the travails of the story’s characters. In a similar way, I think Napoleon Hill was not talking about desire in the same way that some of the more austere would have considered the word at the turn of the 20th century. Desire, like passion, is a good thing – when used for constructive purposes such as bettering our lives, for example.

What I like about today’s quote is that he uses the word “transcends.” In fact, you could almost replace the word “greed” in the now-(in)famous Gordon Gekko speech Michael Douglas delivered in Wall Street with the word “desire” and see the good in it all.

“The point is, ladies and gentleman, that desire — for lack of a better word — is good. Desire is right. Desire works. Desire clarifies, cuts through, and captures the essence of the evolutionary spirit. Desire, in all its forms — desire for life, for money, for love, for knowledge — has marked the upward surge of mankind.”