“Ice burns, and it is hard to the warm-skinned to distinguish one
sensation, fire, from the other, frost.”

Yep, I had to write about the weather. For those of us living in Canada – the whole freaking country – and New England, this has been one of the most severe winter’s on record. How bad, you ask? It’s currently -23 with the wind chill in Toronto as I write this post, and it actually feels warm compared to the last three weeks.

We broke a record here yesterday for coldest temperature. In fact, the City of Toronto had to go to Ottawa to make an exceptional request yesterday: open up the federal armouries to house the homeless. Fortunately, Ottawa acquiesced.

On December 26, 1993 I experienced -70 degree weather, the coldest I’ve ever braved. (Interesting fact: If you stand outside naked at -70, your heart will stop in 60 seconds.) That being said, the last two days have felt colder than -70 here in the T Dot. After five minutes outside in full winter gear, I thought I’d developed frostbite in my fingers – and I had gloves on.

But back to Dame Byatt! Not only is she an exceptional writer (Possession was a masterpiece), but she’s the heavyweight responsible for helping put a young go-getter named David Mitchell on the literary map; it was she who read an advanced reading copy (ARC) of his second novel, number9dream, and championed him before anyone (except me, of course) knew the limitless potential Mr. Mitchell possessed.

With respect to today’s QOTD, I like the imagery Dame Byatt evokes in this one sentence because, as I’ve felt these past few weeks, when it gets this cold it really is difficult to distinguish between the sting of being burned by fire and the acute pain that an Arctic wind can inflict on exposed (and sometimes covered) skin.

Please, all mountain gods, bring an end to this winter torment and usher in spring early this year. We deserve it! 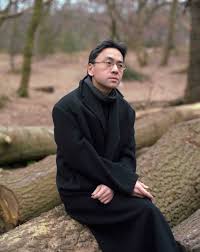 Not only does Vietnam rank among my favourite places in the world, but one of my most enduring memories of the country is how you can purchase a photocopied version of Graham Green’s The Quiet American (1955) anywhere you go, though truth be told The End of the Affair will always remain his true masterpiece in my mind. From Hanoi all the way down to Saigon (HCMC), you’re bound to find a copy of this “quiet” classic in its plastic casing and impossible-to-find-on-the-Internet green cover that is unique only (to my knowledge) to Vietnamese photocopiers.

Considered one of the greatest writers of the 20th century, Greene was the author of more than 25 novels during his lifetime. He was also one of the rare cases of someone who could mesmerize you as much with his prose as with his storyline. Case in point, this shot-to-the-heart, poignant sentence from The Quiet American, which I’m convinced was the impetus behind Dame A.S. Byatt’s beautiful (and Booker Prize-winning) novel, Possession(1990), the same woman who would then go on to help propel the career of a young man named David Mitchell after reading the ARC for number9dream (2003) on a transatlantic flight more than a decade ago. But back to Mr. Greene and The Quiet American…

“The hurt is in the act of possession: we are too small in mind and body to possess another person without pride or to be possessed without humiliation.”