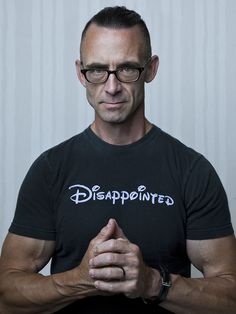 “It’s so hard to forget pain, but it’s even harder to remember sweetness. We have no scar to show for happiness. We learn so little from peace.”
― Chuck Palahniuk, Diary

I like Chuck Palahniuk. He’s one of those rare novelists who goes at his writing full force, no holds barred, a total I-don’t-give-a-shit-what-you-think attitude that is neither cavalier nor annoying; he’s simply fabulous because his words hit at every truth with raw, naked, blunt honesty. That’s why, at least in part, I think he’s so revered by his legion of die-hard fans in a way few other authors are.

Although many people will be most familiar with him through his novel Fight Club, which was then turned into a movie that “was a flop at the box office, but achieved cult status on DVD,” Palahniuk has written a lot more since then – and in several different genres.

More than that, however, he’s a big believer in giving back to readers and writers. Per his publisher:

“In 2004, Chuck began submitting essays to ChuckPalahniuk.net on the craft of writing. These were ‘How To’ pieces, straight out of Chuck’s personal bag of tricks, based on the tenants of minimalism he learned from Tom Spanbauer. Every month, a “Homework Assignment” would accompany the lesson, so Workshop members could apply what they had learned. (all 36 of these essays can currently be found on The Cult’s sister-site, LitReactor.com).”

Click on the above links if you want to investigate that further, but in the meantime – and to further back up my point that Palahniuk is not only a great storyteller, but can turn out one-liners with the best of them – check out these other gems from Diary alone:

“We all die. The goal isn’t to live forever, the goal is to create something that will.”

“Just for the record, the weather today is calm and sunny, but the air is full of bullshit.”

“All the effort in the world won’t matter if you’re not inspired.”

“Just for the record, the weather today is bitter with occasional fits of jealous rage.”

“You’re always haunted by the idea you’re wasting your life.”

“Everyone’s in their own personal coma.”

“Just for the record, she still loves you. She wouldn’t bother to torture you if she didn’t.”

“For the record, knowing when people are only pretending to like you isn’t such a great skill to have.”

“You have endless ways you can commit suicide without dying dying.”

“Angel says that rich people don’t like to tolerate much. Money gives you permission to just walk away from everything that isn’t pretty and perfect. You can’t put up with anything less than lovely. You spend your life running, avoiding, escaping.”

“Maybe it’s just a daughter’s job to piss off her mother.”

“You’re doomed at being you.”

“The truth is, wherever you choose to be, it’s the wrong place.”

“Of all the priceless objects left behind, this is what we rescue. These artifacts. Memory cues. Useless souvenirs. Nothing you could auction. The scars left from happiness.”