Rock Stars of the Publishing World

Now, granted, I’m a little bit biased here, but let me draw you a picture. In your head. Can you see it yet? Let me try harder.

Remember when Dave Winfield was drafted by teams in the NBA, NFL, ABA (American Basketball Association) and Major League Baseball (as a freaking pitcher!) – and all in the same year! Okay, that guy had sick skills to pay the bills.

Then there was renegade Bo Jackson, an all-star in both Major League Baseball and the NFL. (Anyone remember the “Bo Knows” ads back in the early ’90s?)

Possibly the best-known and glitziest cross-sport athlete, however, is “Neon” Deion Sanders, who, in 1992, became the only athlete ever to hit a home run in the Majors and score a touchdown in the NFL in the same week. Booya!

Anyway, forget all that jazz. In the literary world, many will tell you that you’re either an editor or a writer. You can’t be both, and certainly not at the same time like the above-mentioned freaks of athletic nature.

Well, kudos to Literary Hub (@lithub) for putting us word nerds in our place and singling out some titans of literature that have indeed been cross-publishing all-stars, switch hitters, if you will, who played for both teams at one time in their careers.

In a piece titled “7 Writers Who Were Also Editors (And the Books They Edited),” LitHub associate editor Emily Temple (@knownemily) put together a list to make your head spin. Talk about a group of people who wear a cornucopia of hats!

Aside from their individual success as writers, you’ve got to take a look at the complete list of authors these people have edited in the past and ask yourself how they could have pulled this off.

On a personal note, my favourite person on this list (again, slightly biased) is David Ebershoff, a man who 1) is not only a brilliant novelist; 2) not only a remarkably gifted editor in fiction but non-fiction as well; 3) not only edited some of David Mitchell’s best work (Cloud Atlas, Thousand Autumns…WTF?); but 4) is arguably as intelligent and gracious as Mitchell himself, making the two of them – to use the above analogy – kind of like having Sidney Crosby and Connor McDavid on the same hockey team (2018 Pyeongchang Olympics, anybody?). 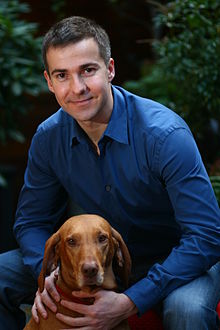