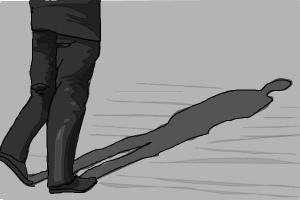 Are you married? Do you have a child/children? Do you find yourself staying with your partner mostly (or completely) because of the kids?

The New York Times ran a thought-provoking article a few months ago that I recently came across. The piece by Cole Kazdin, titled “The Original Conscious Uncouplers,” is the story of two parents who stay together for the sake of the kids. Theirs is a relationship devoid of affection or romance, but replete with love and kindness for their offspring. When the kids are deemed old enough to handle the news, the parents announce they are getting divorced, and what was once a seemingly perfect family where nobody fought or raised their voice quickly becomes a war zone, one in which the mother and father can’t even stand being in the same room together.

I know I’m not alone when I say I can relate to this scenario all too well. For me, fewer things represent (and stain) my generation than divorced parents (twice over in my case), some of whom consciously uncoupled, some of whom just went to blows while the ink was still drying on the marriage license.

In literature, it’s easy to find extreme relationships written about very well. Whether it’s the epic love story of books like The Map of Love or The Count of Monte Cristo, or the doomed love of books like Anna Karenina and Madame Bovary, it’s harder to find novels that explore marriage from the ground level, so to speak, a more realistic approach.

Reading this NYT article reminded me of Jonathan Franzen’s Freedom. The Corrections may have been his coming-out party – and a good book in its own right – but it was Freedom that earned Franzen a place among the pantheon of great American writers. And for good reason. Although it could very well have been 100 pages shorter, it’s one of the most realistic fictional accounts of family life in middle America I’ve ever read. In some ways, Franzen has carried the torch forward from Updike’s “Rabbit” series, which chronicled everyday life, including marriage, in a compelling and believable way like few others.

Fortunately, Cole Kazdin’s article has a happy ending after a tumultuous relationship finally rights itself, one in which love and kindness win out. I guess sometimes there really is a silver lining in real life.