Gord Downie: Quote of the Day

“Poetry is a voice that characterizes a nation. We should become a nation of poets rather than America-hater. It’s certainly more interesting.”

Canada is a nation in mourning. Tributes and farewells and love letters will continue to pour in, but we will never have him again. He has returned to that eternal and ethereal place among the stars where the brightest among us shine in perpetuity.

For reasons so many of us contemplated on nights filled with loud music, excessive drinking and cloud-filled rooms, the Hip never made it big in the States like Alanis Morissette, Rush, Shania Twain, Justin Bieber, Bryan Adams, Celine Dion, Avril Lavigne – the list goes on and on of Canadians who’ve made it mega-huge south of the border.

So why not The Tragically Hip? we asked on these now-fuzzy nights that memory has relegated to dark, hard-to-reach corners of our post-addled minds. How is there justice in this world if the Hip can’t be recognized for their talent and Gord Downie for his sheer brilliance?

That – not the current political climate – was all the proof we needed that something was awry not in Denmark, but across the 49th.

And then as we – and the Hip – grew older, we became more circumspect. We donned suits and ties, secured jobs and started families. We worried about mortgages and sicknesses. We quit smoking, drank less, and only smoked pot at get-togethers preceded by “10th” or “20th” or “25th.”

We didn’t listen to music as much. Hip album covers, which were once so reverentially  removed from the CD cover and read between friends, thick as thieves with this musical treatise in our hands, were bygone items replaced by screenshots and digital pics. We’d visit a website from time to time, read a thing or two about someone, but it wasn’t the same because we were alone when we did this. It just wasn’t the same as it used to be.

Today, so poetic that Gord has faded with the last of our season’s dying embers, we prepare for the cold, biting winds and relentless chill to the early mornings/late nights, and what feels like – to us Canadians, at least –  terminal darkness.

Or, as a contemporary of Gord Downie still sings so “full of grace”:

the winter here’s cold, and bitter

it’s chilled us to the bone

we haven’t seen the sun for weeks

too long too far from home

and I claw for solid ground

I’m pulled down by the undertow

I never thought I could feel so low

But the darkness, of course, is not eternal. The light shines in the darkness and the darkness has not overcome it, and all. It will ebb and flow, and when we emerge on the other side, slightly worse for wear, we will still have him. That is our gift.

In short, Gord was right. We don’t need to be a nation of America-haters or begrudge their inability to venerate the Hip. We have them, all to ourselves, forevermore.

Writing for The New York Times yesterday, Simon Vozick-Levinson summed it up nicely in his article “Gord Downie, a Canadian Rock Legend, Sings Goodbye,” saying what can only be described as a Canadian-like eloquence and humility:

“The place of honor that Mr. Downie occupies in Canada’s national imagination has no parallel in the United States. Imagine Bruce Springsteen, Bob Dylan and Michael Stipe combined into one sensitive, oblique poet-philosopher, and you’re getting close.”

In the end, his poetry won out. That’s what we remember. That’s what we’ll take with us, as individuals and as a country, as we continue our journeys into the vast unknown, a place occupied by Wheat Kings and heavenly lyricists.

Ode to the Night, Ode to Gord 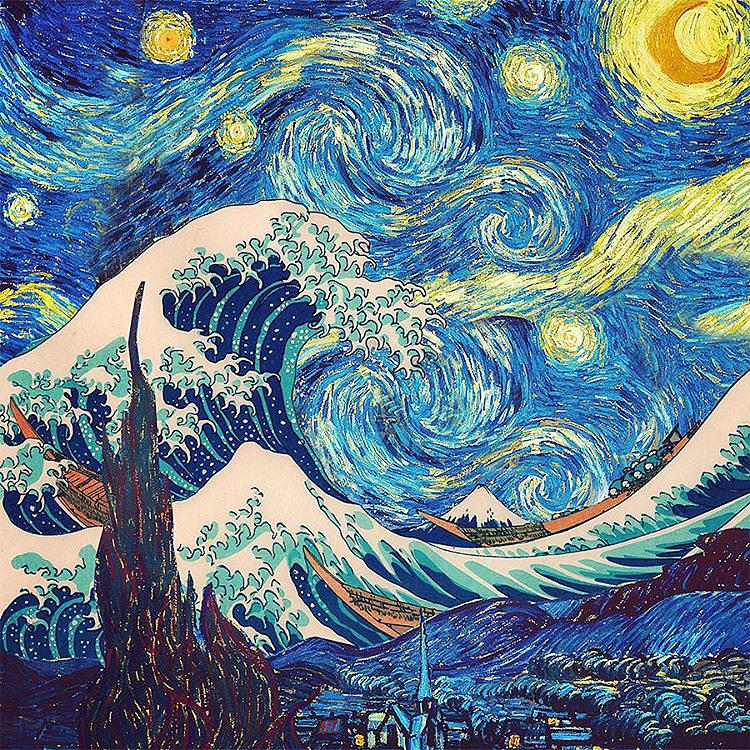 Insomniacs of the World, Good Night.

I can see the line of your brassiere.

I can contemplate it from here.

There’s no need for breathlessness

when we’re so far apart

I see us writhing in a phone booth

or laid back in the dewy grass of our youth

and gathering our sweetnesses

and wishing on the Neverstar.

And happy days of electrical smiles

and loving evenings falling down in piles

and not imagining a restlessness

that could keep us apart.

If I could sleep there’s a chance I could dream

and reconjure all of those vivid scenes.

No more wishing on the Neverstar.