“To love life, to love it even
when you have no stomach for it
and everything you’ve held dear
crumbles like burnt paper in your hands,
your throat filled with the silt of it.
When grief sits with you, its tropical heat
thickening the air, heavy as water
more fit for gills than lungs;
when grief weights you like your own flesh
only more of it, an obesity of grief,
you think, How can a body withstand this?
Then you hold life like a face
between your palms, a plain face,
no charming smile, no violet eyes,
and you say, yes, I will take you
I will love you, again.”

I know what you’re thinking – there is a considerable amount of fromage dripping from this poem. True, but always remember that a little cheese never killed anyone. In fact, taken in moderation, like, say, one large portion of poutine a month, it’s actually quite healthy for you.

This Quote of the Day comes from the award-winning American poet Ellen Bass, who is also the co-author of the self-help book The Courage to Heal: A Guide for Women Survivors of Sexual Abuse.

What I like about this poem is that it reminds us not to glamourize life when we are stuck in one of its many sinkholes. Acceptance, hope, life and love can coalesce, just not always in that romantic way we like to think when things seem shitty to quite shitty. Sometimes it’s best to simply reexamine life for what it is, a Plain Jane face lacking any charm or sparkle to the eye. But re-embrace it, we do, because it is our life. And as William Ernest Henley reminded us so eloquently almost a century and a half ago:

It matters not how strait the gate,
How charged with punishments the scroll,
I am the master of my fate,
I am the captain of my soul. 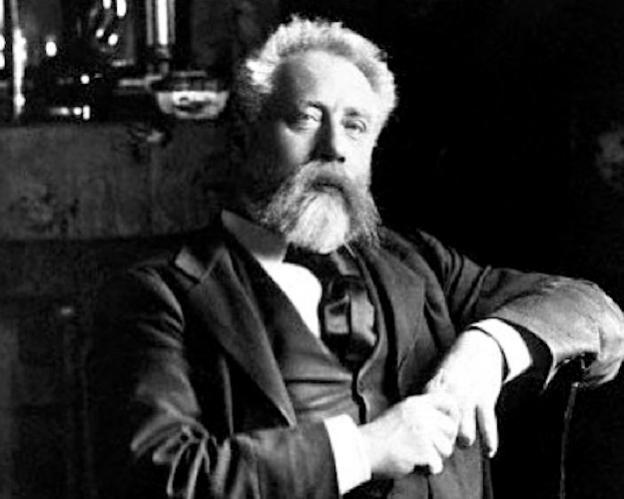 In honour of #NationalPoetryDay, I’m posting what may very well be my favourite poem, William Ernest Henley’s “Invictus.” Latin for “unconquered” (a language not to be confused with what Dan Quayle once remarked: “I was recently on a tour of Latin America, and the only regret I have was that I didn’t study Latin harder in school so I could converse with those people”), Henley wrote the poem in 1875, only to wait 13 years to have it published.

Out of the night that covers me,
Black as the pit from pole to pole,
I thank whatever gods may be
For my unconquerable soul.
In the fell clutch of circumstance
I have not winced nor cried aloud.
Under the bludgeonings of chance
My head is bloody, but unbowed.
Beyond this place of wrath and tears
Looms but the Horror of the shade,
And yet the menace of the years
Finds and shall find me unafraid.
It matters not how strait the gate,
How charged with punishments the scroll,
I am the master of my fate,
I am the captain of my soul.

Myopia, Reading & The End of the (Visible) World

Ah, George, I know the feeling. You don’t have your glasses on and have to look at something or someone more than a foot away from you. When I was in South Africa a few years ago, they were filming Invictus. While out for dinner one night, I thought I saw the film’s star, Matt Damon, sitting at the bar. As I got closer I realized my folly. It was Clint Eastwood.

This condition is called myopia, the most common refractive error of the eye. According to allaboutvision.com, it’s a condition that occurs “when the eyeball is too long, relative to the focusing power of the cornea and lens of the eye. This causes light rays to focus at a point in front of the retina, rather than directly on its surface.”

Per a recent article on factcoexist.com, roughly 23% of the world’s population suffers from myopia right now, but that figure is expected to jump to 50% by 2050. Holy coke bottles, Batman! That’s a lot of nerds running around the planet!

Aside from genetic factors passed on through the generations, squinting at computer and small cell phone screens seem to be the biggest culprits in this global epidemic. (Okay, so it’s not exactly a disease, but still!) That got me to thinking about reading. Unless you procure one of those large-print books usually reserved for farsighted people, books tend to have pretty small print. And according to the Pew Research Center, we in North America are reading slightly fewer print books today than we were just five years ago (63% of people now read at least one book a year compared to 71% in 2011).

So reading the printed page isn’t the villain here. Why, then, computer screens and cell phones? The Washington Post claims it comes down to two environmental factors: blinking and distance. We tend to stare more and blink less when looking at a screen, which is not a good thing because it can lead to computer vision syndrome due to the fact that we are getting less refreshment from tears. In addition, when we read books we tend to be looking down, while we tend to look at screens straight ahead. As The Washington Post put it, “When you look down, more of your eye is covered by the eyelid, but when you look straight ahead more of your eye is exposed to the drying effect of air.”

The second factor , distance, is important because the eye has to work much harder when examining things at closer distances. According to one study, the average person holds their cell phone 14 inches from their eyes to read text messages. They read from computer screens approximately 12 1 / 2 inches away, yet read printed text on paper about 15 3 / 4 inches from their eyes.

The lesson here? We’re all doomed and SOL. End of the world, baby. Pack up your things, throw in the towel, and call it a day. Stick a fork in yourself, yo, ’cause you be done like dinner. And I should know because I’m the poster boy for this whole ocular ruination. When I’m not practicing interpretive dance, playing the piccolo, or teaching deaf children how to read Braille, I’m most often either on my computer or reading a book.

The result of this pattern in work and leisure behaviour has not been so goodly or nicety. At my last physical six months ago, my eyesight was tested at 20/100 without my glasses on, as in, what a person with healthy eyesight can see from 100 feet away I can only see from 20 feet away.

But there’s hope in the form of two types of surgery: PRK, in which a laser “removes a layer of corneal tissue, which flattens the cornea and allows light rays to focus more accurately on the retina,” and LASIK, the most common refractive procedure, whereby “a thin flap is created on the surface of the cornea, a laser removes some corneal tissue, and then the flap is returned to its original position.”

In my own case, I get paranoid about the thought of putting contact lenses in my eyes, let alone having someone put a laser near my eyeballs. I guess that means I’ll be the eternal dork with ever-larger glasses as the years pass, the numbnuts squinting half the time and saying, Is that a man or a woman down the street?