Woe Be to Today’s Translators 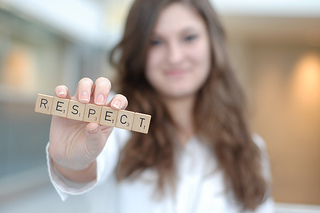 If you’re a translator, linguist, polyglot, linguaphile, word nerd, Scrabble freak – but especially if you work in the translation field to earn your keep – then you have to get a hold of the weekly Johnson column from @TheEconomist and published in the arts, books and culture section @EconArts.

Case in point: The Johnson column from May 27, titled “Why translators have the blues,” is so dead-on it’s scary. Not, like, Dracula kind of scary; it’s, like, holy-crapballs-I-can’t-believe-someone-else-in-the-world-feels-my-exact-pain kind of scary.

Well, the Johnson column captures one of the biggest problems strangling the translation industry these days. Although translation is one of the few areas of commerce that is (for now) safe from technology – computers may be able to generate beautiful artwork, beat world champion chess players, and have more Cliff Clavin knowledge than Ken Jennings – but as I’ve stated before on this site, technology has a long, long way to go before it can harness mankind’s greatest invention.

That being said, competition among translators, many of whom can be total hacks that might do better training to become astronauts for North Korea’s burgeoning space program, is more intense than ever. Translation fees have become a joke at international agencies (I’ve had clients offer me 5 cents/word when I don’t usually work for less than 20-25 cents/word, or $10/page when I charge between $60-$120/page), so the quality of the finished products being churned out is, by extension, tanking.

But who cares, right? Apparently clients like multibillion dollar corporations are caring less and less, at least in East Asia they seem to be. But Johnson has a potential solution: literary translation. Although the big money still lies with the big company contracts, native English speakers are becoming more and more interested in the opportunity to read books from countries outside Angloburbia.

As good ol’ Johnson mused at the beginning of this week’s column, “Translation can be lonely work, which may well be why most translators choose the career out of interest, not because they crave attention.” So listen up all you cheap dime store hoods who want a quality product at sub-minimum wage rates and with deadlines that defy the space-time continuum. All us lonely inkhorn scribes who move from one language to another for a living want is one thing: respect.

Tagged as "Translators' blues", "Why translators have the blues", @EconArts, @TheEconomist, books and culture, Johnson column, The Economist arts