The Redemption of Guilt 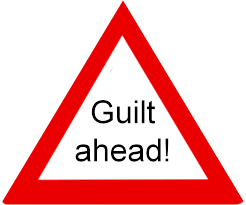 The nice thing about having no life is that you have lots of time to write. And I have just begun work on my fourth novel, The Redemption of Guilt.

This last sense of guilt is what spurred me to begin my latest literary effort. I want to tell stories of people and how they use the redemptive power of guilt to better their lives and the lives of others. For millennia the church has taught us to fear guilt, that it’s a source of shame, a one-way ticket to damnation.

I think it has a more restorative ability. And that’s the story I want to write.

Click here to read the first chapter from The Redemption of Guilt.