How Many Books Are Published a Year? 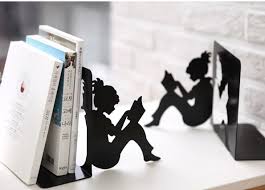 I was curious about this question, so did a little sleuthing. UNESCO estimates that 1,024,587 books were published “this year” around the world, but doesn’t specify the date. Its statistics from countries are drawn from all sorts of years.

Wikipedia says the U.S. led the charge in 2011 with 292,014 in new books and new editions. The Yanks have a lot of famous books, so new editions could total as much as 50% of the total in my opinion. Maybe more.

What’s interesting about the lists is what they define as “books.” Having lived in Korea for a long, long time, I saw that books come out every day from publishers and independent hagwon (cram school) presses. The number is staggering. I should know. I write some of them! But what constitutes a “book” by UNESCO or Wikipedia seems to be very different from the number of “bound editions of volumes of writings.” Literary prose? Non-fiction works? Great. But what does that really mean?

It brings to mind the  question of what makes a book a “real book.” I don’t have the answer. But everyone who’s been to East Asia knows there are so many textbooks, dictionaries, reference guides, manuals and so on and so forth also knows that it’s hard to imagine they publish less “material” than any region of the world.

It also raises the question of self-publishing vs. traditional publishing. In North America the Big Five rules: Hachette, HarperCollins, Macmillan, Simon and Schuster, and Penguin Random House (yes, they merged in 2013…like Microsoft and Apple coming together…world domination!). But then you also have Bloomsbury, publisher of the not-so-famous J.K. Rowling and Margaret Atwood, and Canadian publishers McClelland & Stewart and House of Anansi, both of which have published Sir Knight the Rt. Hon. Michael Ondaatje (kind of love the guy…if you haven’t read In the Skin of a Lion or The English Patient you’re missing major pieces in your English reference library).

Everyone else gets lefts in the dust. Including self-publishing houses, which aren’t allowed to enter books into any single major literary contest except the Amazon Breakthrough Novel Award! (K, my book may be there in the Young Adult category, but this is NOT shameless promotion. NOT. Definitely NOT.)

In any event, there are a lot of books being published these days, especially in ebook format. That number will only continue to grow, and that’s a good thing in some ways. More books equals more variety; it also means fewer profits for all of us little scribes and inkhorns.

And then there’s online sellers versus brick-and-mortar stalwarts! But that’s for another post……….