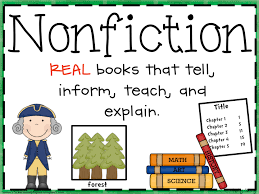 Choosing 10 works of fiction was hard, but choosing 10 nonfiction books is even more subjective. An author may do a wonderful job of writing about something, but if you’re not interested in the subject, it probably won’t do much to turn your crank. Some would disagree and say that good writing always inspires a reader, but in my humble opinion that simply isn’t true. For example, there isn’t a single business/management book out there you could pay me enough to read.

However, as with the fiction list I posted a few days ago, it’s interesting to see what others consider “seminal” nonfiction works. When I searched out the Modern Library again, I burst out laughing that Ayn Rand and L. Ron Hubbard could invade this list, too. Whatever. If I were a conspiracy theorist, I’d say Tom Cruise owns the rights to the Modern Library. However, the Readers’ List is scarier than the Top Gun factor. It really gives you a sense of the far right-wing, gun-toting, religiously zealous, 2nd Amendment-loving American nonfiction reader.

I hope my list is a touch more eclectic and may inspire some readers to go out and pick up a copy of one or more of these books. Although my list is not really a Top 10 – more like 10 books that have really made me think – I can’t say enough about Survival of the Sickest: The Surprising Connections Between Disease and Longevity. Anyway, let’s get to the lists and see what people are saying…

1. Survival of the Sickest: The Surprising Connections Between Disease and Longevity (Dr. Sharon Moalem), 2. Guns, Germs and Steel: The Fates of Human Societies (Jared Diamond), 3. Man’s Search for Meaning (Viktor Frankl), 4. Paris 1919: Six Months That Changed the World (Margaret MacMillan), 5. A Brief History of Time: From the Big Bang to Black Holes (Stephen Hawking), 6. Death in the Afternoon (Ernest Hemingway), 7. Japan at War: An Oral History (Haruko Taya Cook, Theodore F. Cook), 8. What the Dog Saw and Other Adventures (Malcolm Gladwell), 9. Into Thin Air: A Personal Account of the Mt. Everest Disaster (Jon Krakauer), 10. The Guns of August (Barbara Tuchman)