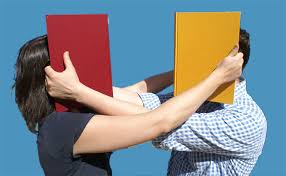 Congratulations to Terry Fallis, whose most recent novel, No Relation, made the Huff Po’s “9 Books That Will Start Conversations With Strangers” list. Not only is Terry a genuinely great guy, but he has quickly become to fiction what Rick Mercer is to TV. His keen, unwavering eye for satire and the ironic has vaulted him into unique company. Terry, good on ya, eh!

In the spirit of this same theme, I have decided to put together my own list of 9 books which could potentially be great conversation starters with people you don’t know while travelling or just hanging out in a public place. Should you wish to read the real Huffington Post article and its 9 selections, click here.

(NOTE: All of these books are real and have been published.)

M1: Hey, does that book really teach you how to get laid?

M1: You think you could borrow it to me, dude?

2. Quilt in a Day: Still Stripping after 25 Years (Eleanor Burns)

W: So enlightening! I can’t believe the author’s been doing this for 25 years and her hands are still so nimble.

M: Well, you know what they say: you can quilt for a day or strip for a lifetime.

M: Wow, looks like a really interesting book. Do you have any cats?

W: Does the Pope shit in the woods?

W: I actually run a cat farm and séance service up at my abandoned farm. You should drop by. It’s only a short flight north of Timmins.

M: God, I hate how the Russians are so indecisive.

W: What do you mean?

M: Well, is it war or peace? Only Messrs Tolstoy and Putin could fool themselves into thinking the two can coexist simultaneously.

5. are women human? And Other International Dialogues (Catharine A. MacKinnon)

M: Me? Well, I’ve been curious about this question for years.

W: Seriously? Seriously! Were you raised in a f&*#@$% cave with wolves and other assorted brain-dead animals?

M: No, no. Think about it. The word “human” doesn’t contain the word “women” in it, right? Right?

M1: Nice. What exactly was her missionary position?

M2: I think it was a little left of centre, but don’t quote me on that.

7. Castration: The Advantages and the Disadvantages (Victor T. Cheney)

M: (shakes head) You’re excused. But let me tell you, get yourself a healthy eunuch and you’ll never go back to the other team.

M: I don’t mean to be too forward, but may I ask what your poo is telling you?

W: Funny you should ask. Just last night it told me to quit my job, move to the country and open up a cat farm.

M: And…how exactly did it tell you that?

W: Through ESP, silly. It sent me an encrypted message which I easily deciphered.

W1: Why is it wrong to eat people?

W2: Because they don’t taste good. The meat is too tough, like a moose or a crocodile.

W2: Oh, ’cause the author included a lot of illustrations. They’re kind of thought-provoking, actually.