The Secret to a Successful Day, Ben Franklin Style 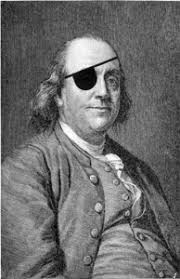 Who would have thought me and good ol’ Benny F. had anything in common. Not I, says I.

When I first read this piece on The Good Men Project site, I couldn’t help but chuckle and chortle. More often than not, when people ask about my “writing,” they don’t ask about the content as much as they do about the routine. People are fascinated that I wake up at 5 a.m. (sometimes earlier) and head straight to a coffee shop (sadly, not on the Left Bank, though within spitting distance of the world-famous TTC!). I tend to write creatively until around lunchtime, unless I have an emergency problem to deal with concerning a corporate client. Which tends to happen frequently. Like, once a day. Maybe more. You know, because what would happen if a sentence weren’t translated or edited in the next five minutes? The world would obviously self-immolate.

Before the “Hundred-Dollar Man” and the rest of the world had heard of terms like “circadian rhythm,” which was only coined in the late 1950s, he knew the score when it came to peak cognitive abilities, something outlined in this WSJ article. As for writing, I can back up what other, more famous, more prolific authors such as Stephen King and Murakami Haruki have said countless times: wake up at an ungodly hour and get cracking.

It’s true. If you want to achieve your best creative work, get out of bed super-duper early and bear witness to how much more productive (and awesomely awesomer) you are. You might be hurts for the first week or so as your body adjusts to this new sleep schedule, but I can assure you that at the end of the day you’ll be grateful for the lifestyle change and pat yourself on the back.