How Many Books Do You Read a Year? 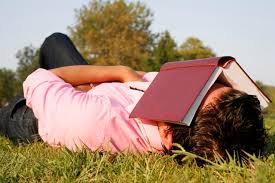 So how many is it? One? Three? Ten? Do you read as many books a year as your age?

Well, if you read a single book (i.e one more than zero and one less than two) then you read more than almost a quarter of Americans. That’s right, Timmy! According to data from the Pew Research Center, 23% of Americans will not read one book or listen to one audiobook in 2014. That’s almost three times as many people as in 1978.

Who the what the France?

Now, for those of us who did actually digest the written word in some form over the last year, 31% of people read 1-5 books, 17% read 6-10 books, and 28% read 11 or more. So, in a nutshell, if  you’re in a monthly bookclub, you read more than every single American put together. Ever. In the history of the world.

Or something like that. Stats weren’t always my thing.

Pew also discovered who exactly was reading based on socioeconomic data. If you’re wondering who reads the most, it’s a white female over the age of 30 who graduated from university, makes at least $50,000 a year, and lives in the country.

The lesson? If you’re a single male looking for a smart rich woman, move to Butthellnowhere, USA.

Read the full article I learned all this information from here in The Atlantic.