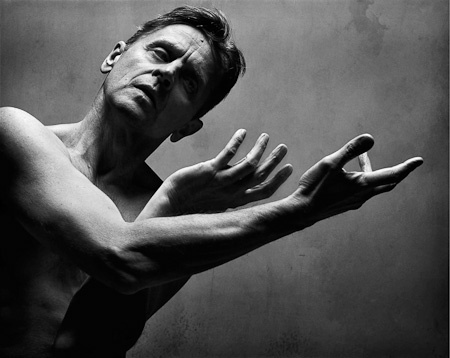 Writing for The New Yorker, Joan Acocella wrote a piece a while back (that I only recently came across) titled “Mad Scene: Baryshnikov plays Nijinsky in the grip of insanity.” The article is evocative of so much that is right and wrong with the world, about the power of art, and the unfair nature of life.

I was not familiar with the name Vaslav Nijinsky before reading this article, but I’m glad I know a little more about Nijinsky’s life story now. Talk about a reversal of fortune! There’s a reason why nobody knows toska like the Russians. (For a definition of “toska” and some other interesting untranslatable words of a similar meaning, check out “14 Words For Sadness And Depression That Don’t Exist In English.”)

After being “discovered” in 1908 and life on a one-way escalator to the heavens, this is what happened nine years later:

“By the end of 1917 he was without work. He and Romola, with a three-year-old daughter, moved to Saint-Moritz, and there, over the course of the next year, Nijinsky slowly went mad. Eventually, he bought some school notebooks at the local stationer and began his diary, recording his horror over the First World War, his disgust with sensuality, his fear that the world was being destroyed, and his certainty that he was being hunted down, spied upon, slandered, poisoned. Sometimes he believed he was God—at the end of the first half of the diary, he signs off as “God Nijinsky”—while at other times he feared he had been abandoned by God.”

Reading this piece reminded me of an Instagram campaign that went on for the month of September, “This is the face of suicide,” to support National Suicide Prevention Month. When you scroll through the photos of these people who look so “happy” and “full of life,” you can’t help but wonder the same question all those people left behind must have asked themselves: Why?

But I digress. I think the miracle of art – dance in this case – is that when you bring together genius in the form of director Robert Wilson and the tour de force that is Mikhail Baryshnikov, like they did in Letter to a Man, you can somehow manage to capture one of the most difficult human emotions to portray artistically: the mad, chilling feeling of losing the plot as you suffer through indescribable toska.

This one passage from the performance via the article by Ms. Acocella pretty much sums up how far gone Nijinsky eventually strayed from sanity:

“I am standing in front of a precipice into which I may fall,” we hear in voice-over. “I am afraid to fall.” Soon afterward, he is on a bench gazing at a mullioned window high above him. Are we in a church or an asylum? Very slowly, millimetre by millimetre—slo-mo is another Wilson trademark—he moves backward, staring at the window. And what does he speak of, in this solemn atmosphere? Sex. He is afraid that he has committed terrible sexual sins, and will again: “I am a beast, a predator. I will practice masturbation and spiritualism. I will eat everyone I can get hold of. I will stop at nothing.” Later, he will tell a story he heard about a woman who put something sweet up herself to get an animal to lick her. The creature who arrived to do the job turned out to be a gorilla, and in the course of receiving his attentions she died.