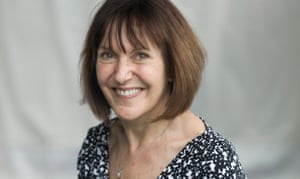 When I read this piece titled “I’m Almost 40 and Still Getting Rejected—Am I Running Out of Time? The Blunt Instrument on how old is too old to become a successful writer” I knew I had to add my two cents. Er, two words: Marina Lewycka.

Ms. Lewycka is the author of the fantastic novel A Short History of Tractors in Ukrainian. She published that debut novel of hers at the age of 59 – and she hasn’t looked back since then.

If you’re an aspiring author (or just wondering if it’s ever too late to start a new career), look not to the fictional words of George Eliot, but to the great success Marina Lewycka has enjoyed for more than a decade.

Tagged as "I'm Almost 40 and Still Getting Rejected—Am I Running Out of Time? The Blunt Instrument on how old is too old to become a successful writer", A Short History of Tractors in Ukrainian, George Eliot, Marina Lewycka

“When I saw the car pulling into the driveway and I saw her getting out and walking towards the house, can you imagine Nadezhda, I performed involuntary excretion in my trousers.”

Marina Lewycka, A Short History of Tractors in Ukrainian

If you’re ever told that it’s too late to start writing – or at least you’re too old to get published – I urge you to consider the case of Marina Lewycka. Ethnically Ukrainian, Ms. Lewycka was born in a German refugee camp after World War II and later emigrated to England, where she now lives in bright, sunny & brightly sun-filled Sheffield.

On the cusp of her 60th birthday, she’d lived a rich, full life. She was highly educated, taught at a local university, had kids, a burgeoning family, and lived in the glorious metropolis of the Hamilton (Canada)/Pittsburgh (USA) of the U.K. Life couldn’t get any better, right? Or could it…

Although she’d long had aspirations to be a writer, like a REAL writer, by her late 50s she finally had time to pen a work of fiction. The only problem was that it had been rejected 36 times by publishers and agents alike. As she later revealed in an interview, she’d all but given up on having her literary baby see the light of day.

Then, at the tender age of 59, hungry wolf Marina Lewycka finally caught a break. Somebody, somewhere, saw the genius in a manuscript called A Short History of Tractors in Ukranain (2005). It immediately became a bestseller, won two awards, was shortlisted for the prestigious Orange Award and longlisted for the Man Booker Award. Who the what the where?

A Short History of Tractors in Ukrainian is not so much a laugh-out-loud kind of funny novel; it’s more like an involuntarily excrete-in-your-pants kind of funny. She’d continue with her success as a wry, tongue-lodged-firmly-in-cheek novelist with her second book, Two Caravans (2007, also known as Strawberry Fields). Since then the “Ukrainian Brain Train” has not relented and just last year, a little after turning 70, published her 5th novel.

Marina Lewycka rocks. Her fiction is sumptuous and deliciously devious. So for all you writers (wannabes and professionals) out there who have yet to be published, don’t despair. As Tim Allen reminded us in Galaxy Quest, “Never give up. Never surrender.”