The Most Beautiful Literary Quote 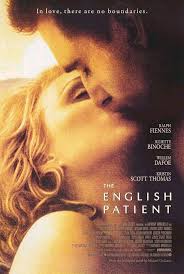 I was curious recently which literary quote gets the nod for most searched or cited online. While this is obviously a subject that not everybody will agree upon, it seems the last paragraph of James Joyce’s “The Dead” (the final short story in his 1914 collection Dubliners) is the winner:

“A few light taps upon the pane made him turn to the window. It had begun to snow again. He watched sleepily the flakes, silver and dark, falling obliquely against the lamplight. The time had come for him to set out on his journey westward. Yes, the newspapers were right: snow was general all over Ireland. It was falling on every part of the dark central plain, on the treeless hills, on the Bog of Allen and, farther westward, softly falling into the dark mutinous Shannon waves. It was falling, too, upon every part of the lonely churchyard on the hill where Michael Furey lay buried. It lay thickly drifted on the crooked crosses and headstones, on the spears of the little gate, on the barren thorns. His soul swooned slowly as he heard the snow falling faintly through the universe and faintly falling, like the descent of their last end, upon all the living and the dead.”

I used to write down my favourite quotes as I read a book, but then I got old and lazy. And a little fat. And somewhat out of shape. Now I just rely on this interweb thingy called the INTERNET! Personally, the above quote doesn’t do much for me. As those who know me well can attest to, my favourite literary quote – and the only one I ever memorized – is from Michael Ondaatje’s The English Patient. It comes near the end, as the EP carries Katharine Clifton out of the cave and into the desert. I’d be interested to hear what other people consider the best/most beautiful piece of prose in the English language, but for me Ondaatje took his writing to new heights with this single paragraph:

“And all the names of the tribes, the nomads of faith who walked in the monotone of the desert and saw brightness and faith and colour. The way a stone or found metal box or bone can become loved and turn eternal in a prayer. Such glory of this country she enters now and becomes part of. We die containing a richness of lovers and tribes, tastes we have swallowed, bodies we have plunged into and swum up as if rivers of wisdom, characters we have climbed into as if trees, fears we have hidden in as if caves. I wish for this all to be marked on my body when I am dead. I believe in such cartography—to be marked by nature, not just to label ourselves on a map like the names of rich men and women on buildings. We are communal histories, communal books. We are not owned or monogamous in our taste or experience. All I desired was to walk upon such an earth that had no maps. I carried Katharine Clifton into the desert, where there is the communal book of moonlight. We were among the rumour of wells. In the palace of winds.”